OK. Got to go to England this December. Went to York and Leeds. Saw lots of cool historical stuff. And I had my very first Yorkshire pudding. More later. Oh, and I saw Kate Rusby in concert.

This is a test

This is a test.

Apparently there is more than one kind of Camellia oil. I purchase a bodhran a few months ago and I contacted the maker on how to take care of the drum skin especially in Arizona’s dry climate. He recommend Camellia oil and sent me this link.

Since the supplier was in Germany and didn’t want to pay international shipping and went to Amazon and after much research and reading reviews of Camelia oil I found this.

I received it today and opened it. I did not put any on the drum skin as it is in good shape. I started to write the maker an email that I found a source of oil in the US. Then I noticed something. I figured what I’d found was just a different brand. I bought Oshima Tsubaki Camellia Hair Care Oil. He recommended Sinensis® Camellia Oil. The descriptions were similar, but as I read over his email he said to use a verbal oil free of acid. The description of the tsubaki oil said it had Omega-9, an oleic acid. I still don’t know what a verbal oil is. Perhaps it was a typo and he mean herbal oil.

I strongly suspect that there isn’t much difference between japonica and sinensis oil and I could use it on my drum skin, but I’ll be purchasing sinensis oil from another vendor I found in the United States. Both are used for hair and skin care, but the latter is also used for keeping knives rust free. As for the third oleifera that is used for cooking oil in Asia. I can still use the oil I bought, either on my hair or my wife can use it. Camellia is a genus of plants and camellia sinensis is the plant where tea comes from and it is also known as tea seed oil which is not the same as tea tree oil (from a different genus altogether). However, you can buy tea seed oil in some stores like Whole Foods and it is usually camellia oleifera.

Anyway, here’s more than you ever wanted to know about the Camellia genus http://en.wikipedia.org/wiki/Camellia

Fifteen and a Half Hours

I recently went Australia. We flew from LAX to Melbourne. It was a 15.5 hour flight which is still difficult for me to comprehend. 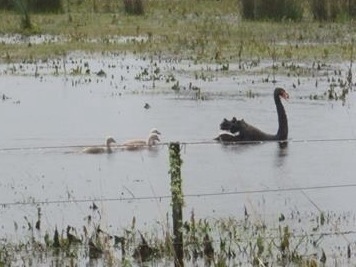 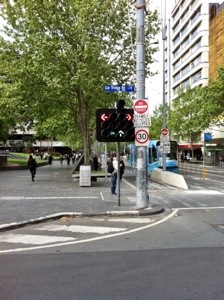 We’ve seen a fair bit of Australia on our first trip here from Victoria to South Australia to New South Wales. Here’s just a sampling of pictures. I must say Australia is quite expensive. It is it’s own place, but there are many cultural elements from both the UK and the US that will be familiar to Americans, leaning more towards the UK in customs but the US in commercial arena. It’s been a good trip. Wife got a lot accomplished with her work which was the reason for the trip and I was able to do some work remotely (I’m a web developer).

I will say this if you ever go to Sydney and/or Melbourne be sure to do the I’m Free” walking tour. They’ve been doing they Sydney tour for about four years and the Melbourne one for about a year. If you liked it, you tipped the tour guide what you thought it was worth. We gave them $30AUS for each tour. You’ll learn there is quite a rivalry between the cities, as a tourist Sydney is easy to take a liking to it, but Melbourne requires a little more work to get to know and once you do you’ll take quite a liking to it as well.

Kangaroo and joey in Wagga Wagga

We’ve travelled more this year than any other. We did a 6,000 mile road trip that made a triangle route from Arizona to Oklahoma to Montana and back to Arizona. In Montana we briefly stepped over the border to Canada. We went to Virginia. I went to California. Been to Texas twice and we still have two more trips to go for Texas, one flying and one driving. Then there’s another overseas trip that is in the works. So I can we’ve been coast to coast and border to border in one year, and the furthest north and furthest south in one year. Well, technically the trip planned will not be our furthest north ever and we won’t actually go cross or go to the Mexican border.