Let That Be Your Last Duncan Idaho

After giving it much thought and research, I’ve decided to go ahead and read Heretics of Dune and Chapterhouse: Dune and that’s it. I’d read up to God Emperor of Dune, didn’t really care for and decided long ago to get rid of all Dune books except Dune.

I know that Brian Herbert and Kevin J Anderson wrote a ton of books in the Dune-iverse and never had much interest in reading them. Chapterhouse: Dune ends on a cliffhanger. Frank Herbert had planned to write one more novel, but death intervened. Brian and Kevin wrote a bunch of prequel books and then wrote Hunters of Dune and Sandworms of Dune to finish out the original series. Allegedly based on notes left by Frank Herbert. No one has seen these notes. They may exist but we cannot compare them to what they actually wrote.

I thought, well, okay, they won’t be as good, but they complete the arc, and I’ll read those, just those. But upon reading further commentary, people were saying you need to read the Bulterian Jihad books before reading those two. I thought, wait, what? You shouldn’t have to read any prequel books. Only the first six should be necessary.

Brian and Kevin may be good writers. I saw Kevin as a guest at a local convention and he was interesting and a good panelist. I even bought a graphic novel he collaborated with Neal Peart of Rush on (they’d become good friends before he died). He’s a prolific writer and has lots of fans. Commentary says their writing isn’t as good as Frank’s and they focus on different things. That may or may not be a bad thing. I’m inclined not to read them. There’s a long tradition in fantasy and sf of writers writing in other authors universes or writing in a shared universe or even finishing series the original author wasn’t able to (I’m looking at you George RR Martin). When J Michael Straczynski announced a reboot of Babylon 5, he said you cannot cross the same river twice. You change and the river changes. So even if another author finishes someone else’s series, it won’t be what the original author would have written. It’s probably why Zelanzy’s son hasn’t let anyone else write more Amber books even though Roger had notes for more books in the series. Though I think there are a few authors that could do justice to the series.

Some of the comments were more even handed, suggesting I read Chapterhouse: Dune and then decide if I want to read the BH & KJA books. That others are saying I need to read some prequel books gives me pause before reading them, means they went in a different direction than Frank would have. I thought about just reading some summaries and then reading HoD and SoD. There are some things that end up as cliffhangers and that’s it. I watched a sci fi TV series, Space Island One, whose season 2 finale was a cliffhanger and that was it.

What prompted me to go ahead with the final to Frank books? I recently watched the new Dune (part 1) adaptation and decided to read Dune again and thought about the series and the prequels. I don’t plan to re-read the other Dune books. Of the three adaptations, I think this one is the best. Looking forward to part 2.

*If you are a fan of the original Star Trek and have read God Emperor of Dune, you’ll get the title of this post, though you’ll probably still get it even if you you’ve only read GEoD. 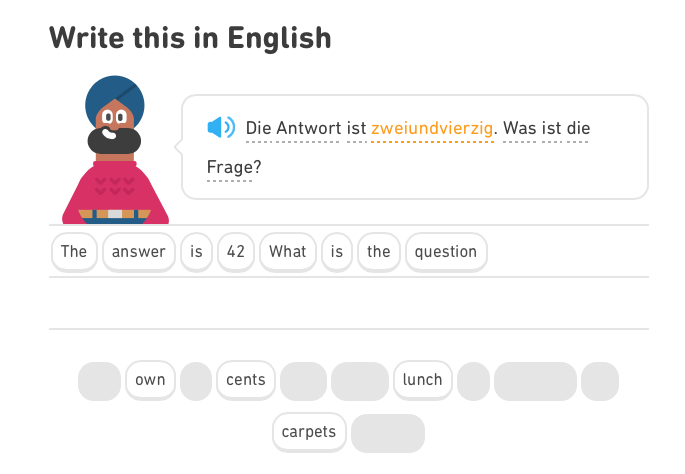 I didn’t expect to be excited about the new Star Wars movie and became even less enthused when I found out the title The Force Awakens or that light saber with the tangs like it was a broadsword. Nor did I expect to get sucked in to the trailers or speculations about the new film, but I have.

Who knows if it’s going to be any good? Disney purchased the the franchise from George Lucas and they intend to make lots more money from it, so no doubt it will do that. Â Here’s the final trailer to get you in the mood.

The first is the speculation that Luke Skywalker is the villain of the Episode VII. Again like my earlier post Growing Old With Star Wars I mentioned that all these speculative pieces though compelling they may be may simply be a result of too much time on their hands.

This Luke Skywalker Theory Destroys Everything You Thought You Knew About ‘Star Wars’
http://www.huffingtonpost.com/rob-conery/luke-skywalker-theory-destroys-everything-star-wars_b_8392698.html

The second one is speculation that Jar Jar Binks is a Sith Lord. I did recognize that Jar Jar was a fool and fools are a common archetype in fairy tales and are prominent in Russian fairy tales. They aren’t really fools at all.

[Theory] Jar Jar Binks was a trained Force user, knowing Sith collaborator, and will play a central role in The Force Awakens
https://www.reddit.com/r/StarWars/comments/3qvj6w/theory_jar_jar_binks_was_a_trained_force_user

It’s all over except for the shouting

Another Hugo Awards ceremony has come and gone. I watched a good chunk of the pre-show (Ustream.tv) and a good chunk of the award ceremony until the John W Campbell Award was given out. I then followed it on Twitter. The best part I saw was Robert Silverberg’s prayer invocation and compared the events of the 1968 WorldCon with 2015. The only speech I missed was Connie Willis’. I’ll have to watch it later when the full ceremony is posted.

If you’ve been following this year’s Hugos you will have heard of the Sad & Rabid Puppies gaming of the nomination process. They were routed last night, but had pre-declared a rout as one of their victory conditions. Go figure.

Much digital ink has been spilled since the nominations were announced and more will be spilled over the coming months. The Hugo Awards were damaged but not destroyed. The polarization will continue because that is what some people want and the Internet echo chamber provides a negative feedback loop to boost it.

No one knows what the future will hold for the Hugo Awards. They are the Oscars of the literary science fiction world and thus the most prestigious (though technically the Nebulas more resemble the Oscars as they are voted on by their peers). Very few people actually vote on them (even this year) when you consider the size of the readership.

My only hope is that fans love of science fiction will outweigh their politics.