I’ve used Duolingo for 1001 days. I started my Duolingo odyssey to brush up on my high school German and college Russian in prep for a Baltic cruise that would start in Germany and stop in St Petersburg. Then the pandemic happened and our cruise was canceled.

I kept going. I eventually added Spanish, Ukrainian, and Scottish Gaelic. I had some Spanish in high school. It’s a useful language to know in Tucson. I started Ukrainian because of Russia’s invasion and I wanted to see how closely related and mutually intelligible they were. And to show my support for Ukraine. I learned Scottish Gaelic on my own 18 years ago and started a self-studies group in Tulsa. I decided to brush up on it too and see how good Duolingo is for it.

I chose 1001 days as a milestone as a nod to 1001 Arabian Nights. I’m not fluent in any of the languages and I’m not ready to converse in any of them, but my German comprehension is much better. 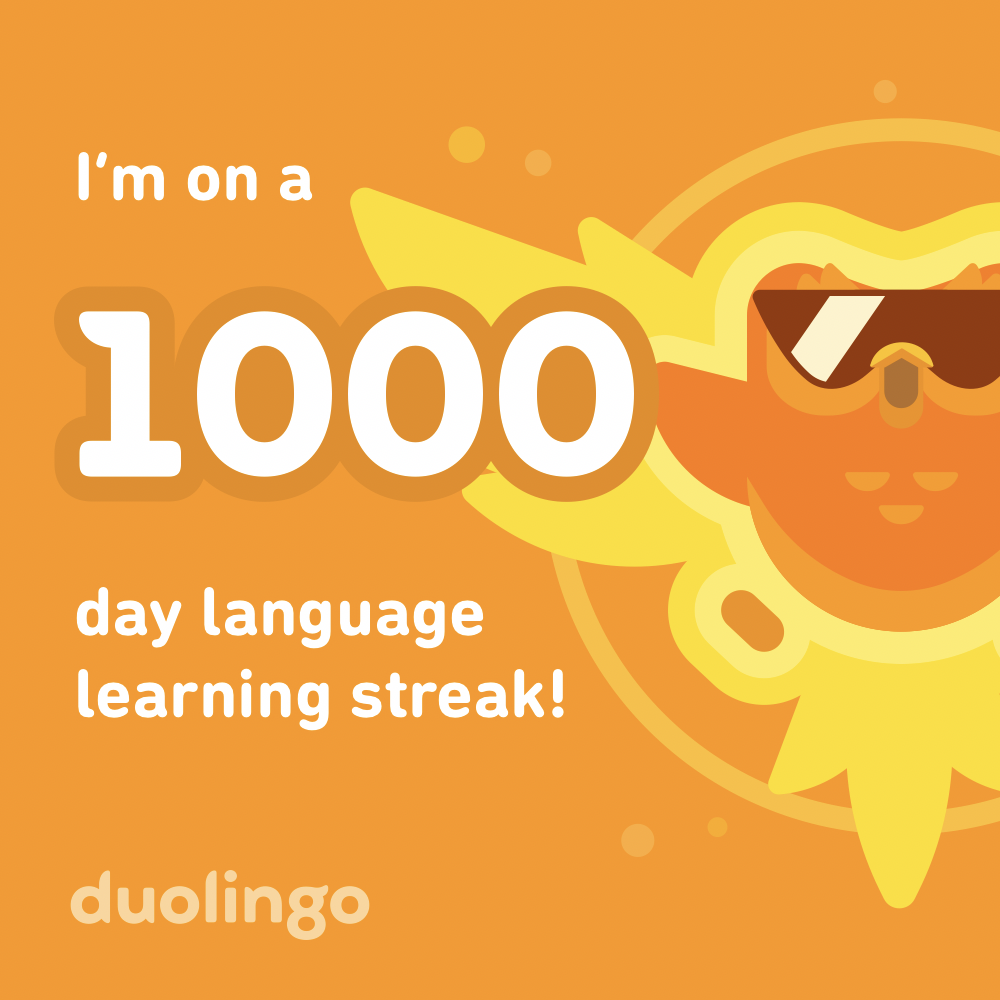 Of course Duolingo celebrates 1000 days as a milestone.