Is a time for reflection. It is a time to let go of the bad and embrace the good. The problem is knowing what is good and bad. Perhaps, harmful and beneficial.

Letting go of procrastination and embracing getting started would be a good first step.

This has not been a good year. Next year portends to be even worse. But there is much to look forward to, and some good things did happen this year. I’ve given a name for every year for the past few years. I have an idea what I’m going to call 2015. I’d have to go back through my old posts to see what I called them. I think I’ll call year 2015 Doubling Down on the Wrong Thing to Do.

Good is a relative term. We aren’t in North Korea or any ISIS occupied territory or in an Ebola infected country. And I don’t expect the US to collapse over the next two years, so there’s that. But I expect the infrastructure of this country will continue to deteriorate and we’ll lose two more years to deal with global warming. The longer the delay in dealing with these problems the less able we’ll be able to deal with them as the effects of them get worse.

So I recently went to the Country Music Hall of Fame in Nashville. This is the largest banjo I’ve ever seen. I may add descriptions of the other instruments including that three-necked thingy. 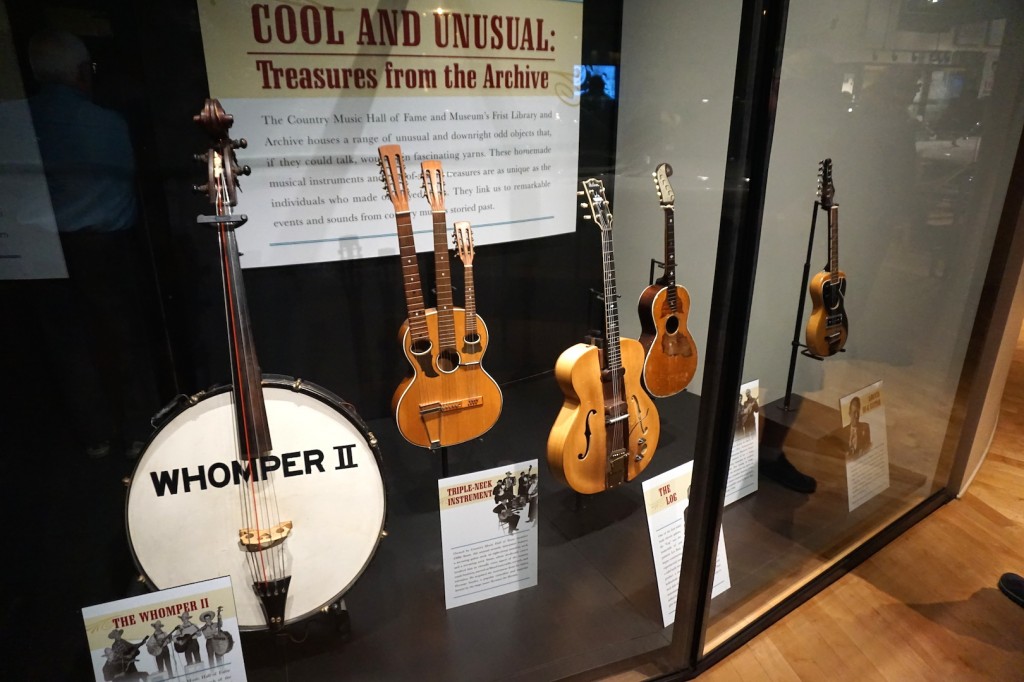 The first book I read on paleontology was Stephen Jay Gould’s Ever Since Darwin, a collection of his essays from Natural History magazine, and over the years I’ve read all of them except for the last collection I Have Landed: The End of a Beginning in Natural History. So I read popular books on evolution, paleontology, geology, and ancient history from time to time.

I am not here to recommend Gould’s books. I’m here to recommend one book I just read and one book I’m in the middle of. The first is My Beloved Brontosaurus by Brian Switek and the second is Neanderthal Man by Svante Pääbo. Of the second I’ll say that I’m learning how much DNA sequence has advanced since the early 1980’s and how very very hard it is to extract ancient DNA which makes it all the more impressive that they were able to sequence the Denisovan genome from one tiny finger bone and that we have been able to tell anything at all about this heretofore undiscovered human relative whose genes have been found in populations in Asia and may very well be responsible for Tibetans adaptation to high altitudes. Anyway it took a lot of effort and many years to sequence the Neanderthal genome.

Of the first book it’s a loving look at the dinosaurs we grew up with in the 1970’s and 80’s and how advances in our understanding of the fossil record have changed our perceptions of dinosaurs. The brontosaurus of the title never existed but it’s more of a nomenclature thing which name gets priority.

So WordPress comes with TinyMCE but a limited version. So I installed TinyMCE Advanced.

This is the color GREEN

This is the color BLUE

This is the color BROWN

This is the color RED